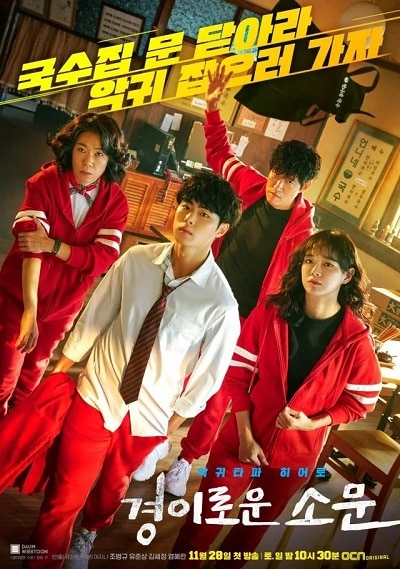 This drama is based on the same name webcomic written by Jang Yi which was published from 2018-Aug-23 via “Daum Webtoon“.

It tells the story of demon hunters called “Counters” who have come to the earth posing as employees of a noodle restaurant in order to capture evil spirits that have returned to earth in pursuit of eternal life. They each have their own special abilities.