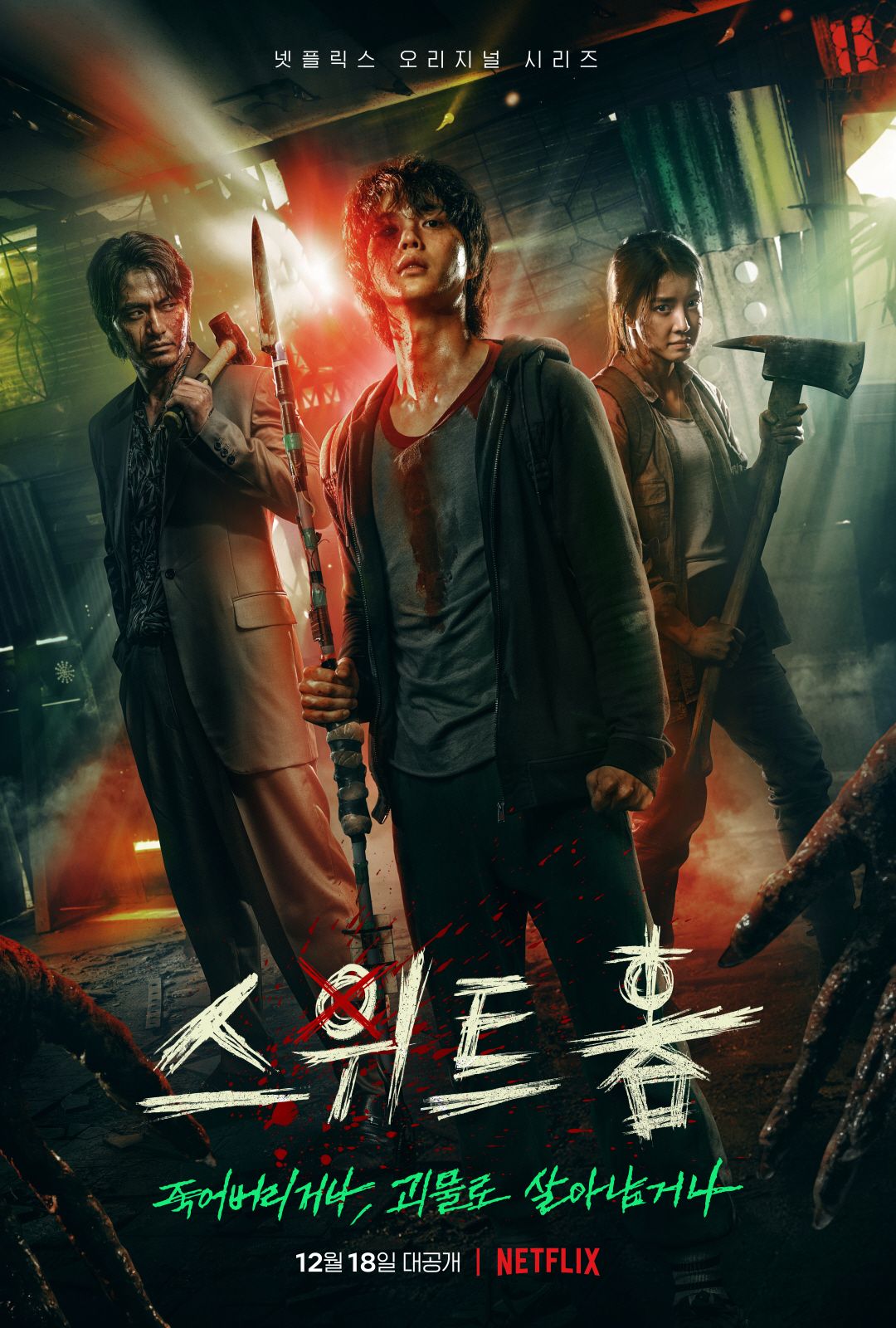 It’s about a teenage loner Cha Hyun-soo moves to a new apartment following the death of his family in an accident. His quiet life is soon disrupted by strange incidents that start occurring in his new building. As people turn into monsters that take the form of their hidden desires, Hyun-soo and other residents try to survive.

Cast
Song Kang as Cha Hyun-soo, a suicidal high-school student who moves into Green Home after his family is killed in a car accident. He finds himself caught in the middle of an apocalypse. It is revealed in episode 7 that he was violently bullied by the son of the man his father works for and became depressed when his family didn’t show concern.
Lee Jin-wook as Pyeon Sang-wook, a mysterious man who punishes evil with evil whom everyone misunderstands for a gangster.
Lee Si-young as Seo Yi-kyeong, a former firefighter whose fiancé disappeared two days before the wedding.
Lee Do-hyun as Lee Eun-hyuk, a medical student and Eun-yu’s older brother. He is the brain and the leader of the building’s survivors.
Kim Nam-hee as Jung Jae-heon, a Korean Language teacher and a devout Christian. He has a keepsake katana sword to defend himself and protect others.
Go Min-si as Lee Eun-yoo, Eun-hyuk’s younger sister and a former ballerina.
Park Gyu-young as Yoon Ji-soo, a bass guitarist who moves into Green Home after her boyfriend’s suicide.
Go Yoon-jung as Park Yoo-ri, a senior caregiver who appears to have some training as a medical care professional.
Kim Kap-soo as Ahn Gil-seop, a terminally ill patient living with his caregiver.
Kim Sang-ho as Han Du-sik, a middle-aged man bound to a wheelchair. He is talented at making weapons.
Woo Hyun as Kim Suk-hyun
Kim Hyun as Ahn Sun-young
Kim Hee-jung as Cha Jin-ok
Kim Gook-hee as Son Hye-in
Lee Bong-ryun as Lim Myung-sook
Ko Gun-han as Choi Yoon-jae
Woo Jung-gook as Kang Seung-wan
Lim Soo-hyung as Noh Byung-il
Ahn Dong-gu as Lee Soo-woong
Lee Joon-woo as Ryu Jae-hwan
Jeong Ha-dam as Kim Ji-eun
Kim Sung-cheol as Jung Wooi-myung
Kim Yi-kyeong as Cha Soo-ah, Hyun-soo’s younger sister.