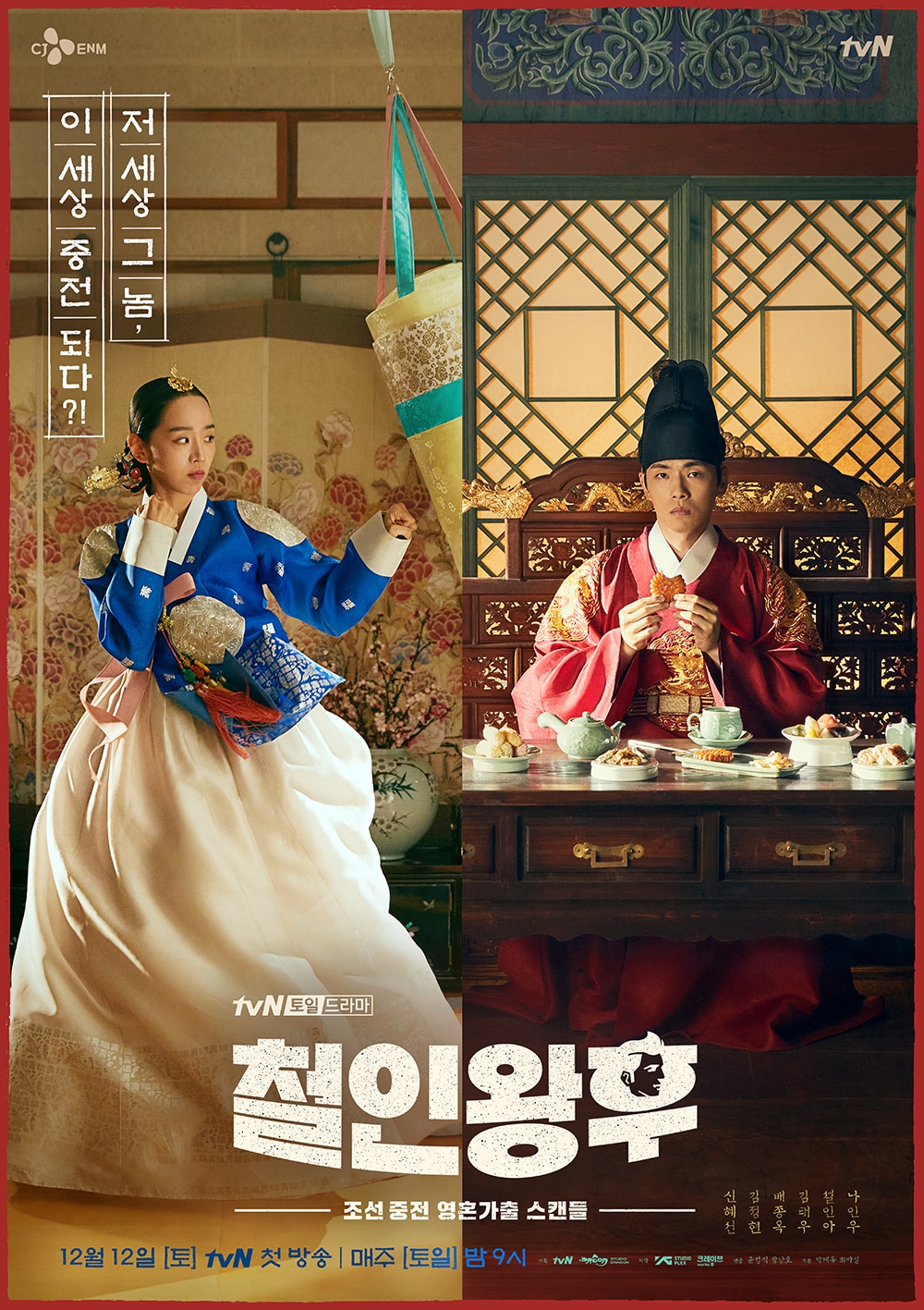 This drama is about a man living in modern times whose soul gets trapped in the body of a queen from the Joseon Dynasty. It will tell the story from a refreshing perspective while showcasing a new type of genre as it takes on the fight against gender stereotypes.

In the modern age, Jang Bong hwan (Choi Jin Hyuk) works as a chef at the President’s Blue House. He has a free spirit, but his spirit somehow finds its way into the body of Queen Cheorin (Shin Hye Sun) in the Joseon period. King Cheoljong (Kim Jung Hyun) is a gentle and easy-going person outwardly but having a different side also. Queen Sunwon (Bae Jong Ok) the late King Sunjo’s wife, wields true power in the country and has relegated King Cheoljong to a figurehead. Kim Jwa Geun (Kim Tae Woo) is Queen Sunwon’s younger ambitious brother.