All About My Romance – 내 연애의 모든 것 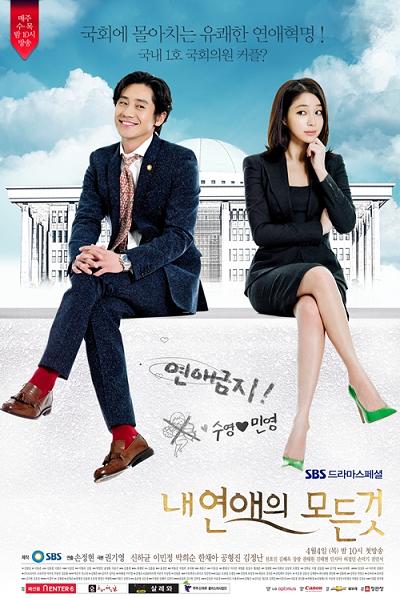 Can two politicians, one conservative and the other liberal, find a middle ground for romance?

Kim Soo Young (Shin Ha Kyun) is a newly elected member of the Korean National Assembly from the conservative New Korea Party. He entered politics after refusing to bow to pressure from his superiors as a sitting judge. When he arrives in parliament, Soo Young finds that he keeps running into and clashing with Noh Min Young (Lee Min Jung), another freshman assembly member from the liberal Progressive Labor Party who entered politics after the death of her sister (her sister was a presidential candidate). When Soo Young and Min Jung’s fiery exchanges at work turns to romance in their private lives, they must try to hide their relationship from their colleagues, the press and the public.

Watch All About My Romance – 내 연애의 모든 것 Online on Viki.com