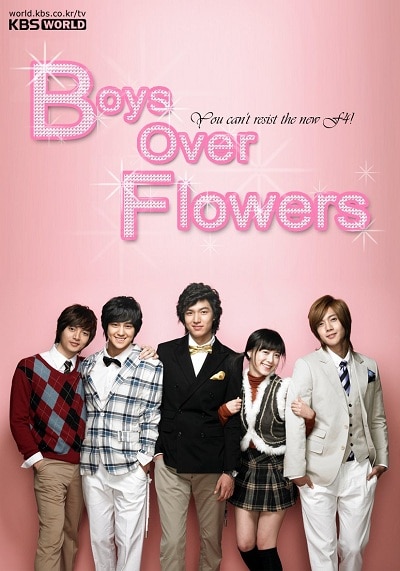 Jan Di is an average girl whose family owns a dry cleaning store located near the luxurious and well known Shin Hwa College. Jan Di meets the four richest and most spoiled boys known as the F4. After saving a boy from jumping off the roof of Shinhwa High School, she is admitted into the school on a swimming scholarship. Jan Di tries to avoid confrontation with the F4 at all cost because she knows what happens to those that stand against them. However, when Jan Di’s friend, Oh Min Ji, accidentally gets ice cream on the leader of the F4’s shoes, she’s forced to declare war on the leader of the F4, Goo Joon Pyo.