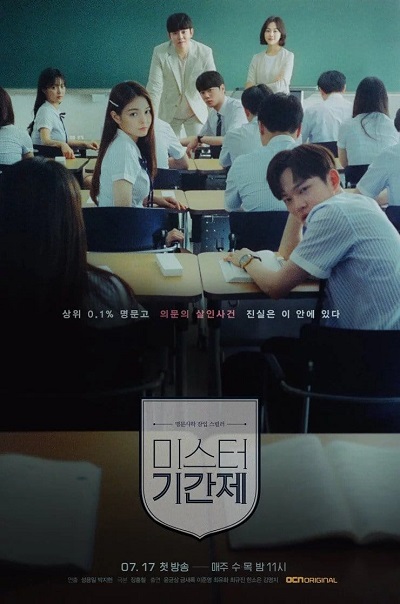 Synopsis:
This is a drama that criticizes the mild punishment of teenagers who commit intense crimes in school that are just as bad as those that occur in society.

Ki Moo Hyuk (Yoon Kyun Sang) is a lawyer with a high winning rate. He only cares about money. Due to a murder case at a high school which he deals with, his reputation as a lawyer hits rock bottom. In order to regain his good name as a lawyer, he sneaks into the high school and begins to work as a temporary teacher with the name of Ki Kang Je. He tries to reveal a secret which the students have.