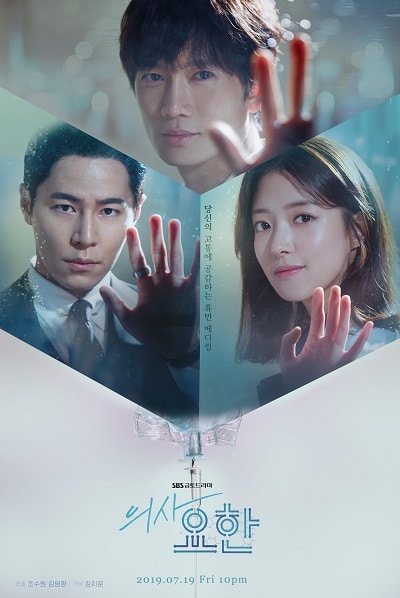 Synopsis:
The drama is based on the 2010 Japanese novel On Hand of God by Yo Kusakabe (久坂部羊). It’s a medical drama revolving around doctors of Pain Management. In a refreshing take on the genre, It will portray the doctors’ search for the cause of their patients’ mysterious pain as a thrilling chase, almost like a detective hunting down the perpetrator behind an unsolved crime. The drama will also tackle the debate surrounding the controversial practice of euthanasia.

Cha Yo Han (Ji Sung) is a talented anesthesiologist who happens to be the youngest teacher at medical school. He is often called “Ten Seconds” because he can discover one’s disease very quickly. Meanwhile, Kang Shi Young (Lee Se Young) is a doctor who also works in the Department of Anesthesia. She was a top student at medical school which is often credited to her mother who is also a doctor.