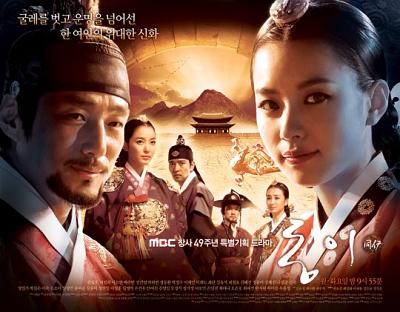 Set during the reign of King Sukjong in the Joseon dynasty, the story focuses on Dong Yi, a water maid who gains the trust of Queen Inhyeon and later the favor of the king when he is moved by her prayers for the health of the Queen during the court disputes caused by Jang Hee Bin. Dong Yi becomes a concubine with the rank of sook-bin and bears a son who will later become the 21st king of Joseon.