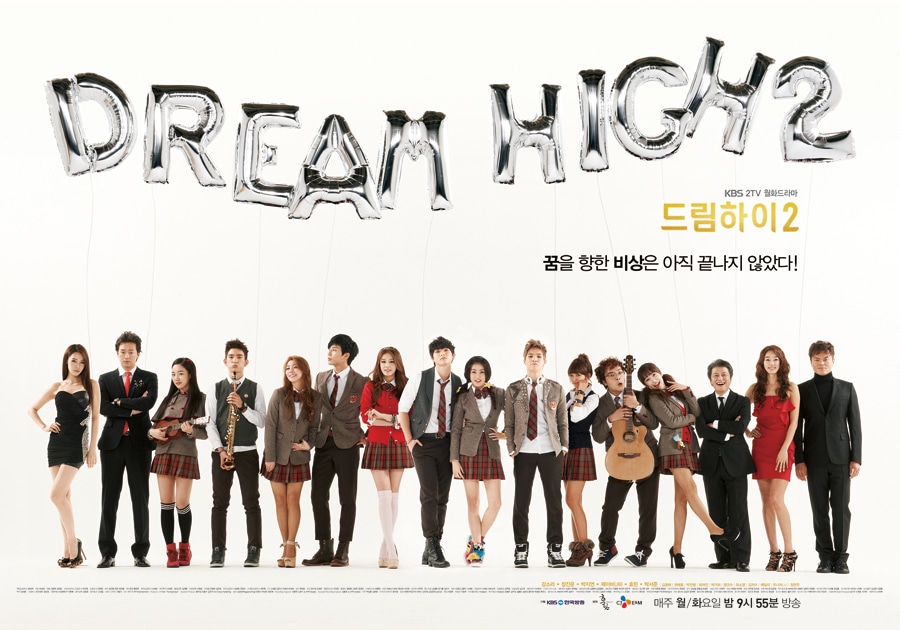 “Dream High Season 2” will follow idol stars heading out to find their hopes and dreams. This Drama will deal with new students instead of the first batch student.

Shin Hye Sung (Kang So Ra) enters Kirin High School of Art with a high written exam score, but poor performance score. She then meets fellow students Jin Yoo Jin (Jin Woon) and JB, who makes her realize how fun music can be. Jin Yoo Jin acted when he was a child. Now, he is a troubled student dreaming of becoming a rock star. He attempts to cure his pain caused by his parent’s divorce through music.