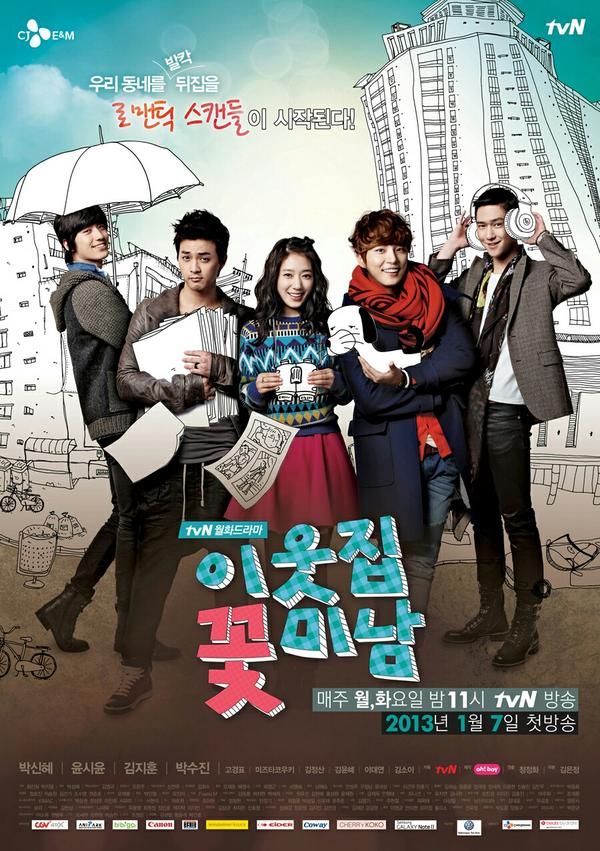 This is a drama about a girl, Go Dok Mi (Park Shin Hye) who is a shut-in Miss Lonelyhearts type, who spends her days spying on the man living in next building. She is caught spying by her other neighbor, Enrique Geum (Yoon Shi Yoon). Meanwhile, Oh Jin Rok (Kim Ji Hoon) is the man who notices her from long ago, and knows everything about her and will fall in love with her.

Go Dok Mi is a ′city Rapunzel′ who never ventures outdoors, yet has her own set of charms that makes men go weak. Oh Jin Rok is a scruffy manhwa artist. Enrique Geum is a genius creative director, who is good-looking, stylish and bohemian and can′t get enough of soccer. He will form a love line with Go Dok Mi.