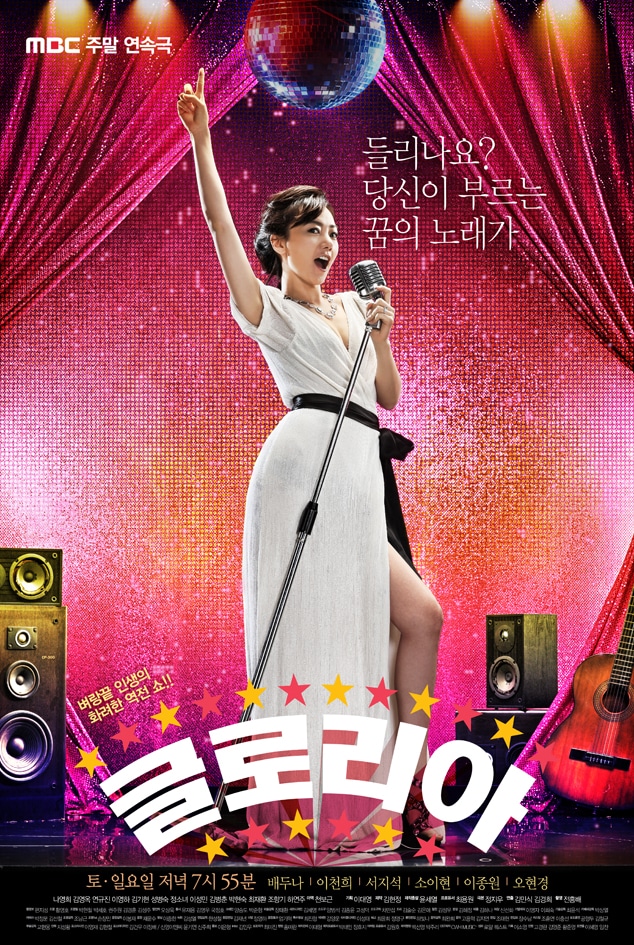 Gloria is an intense tale of people who are fiercely devoted to surviving their rough lives, focusing in particular on the life of a nightclub singer, Na Jin Jin, who braves the difficulties of her work to provide for her mentally handicapped younger sister, Jin Joo. She finds an unwavering source of strength and support from her loyal childhood friend, Ha Dong Ah, a talented fighter and gangster. Jin Jin also meets a potential love interest in Lee Kang Suk, the illegitimate son of an entrepreneur.