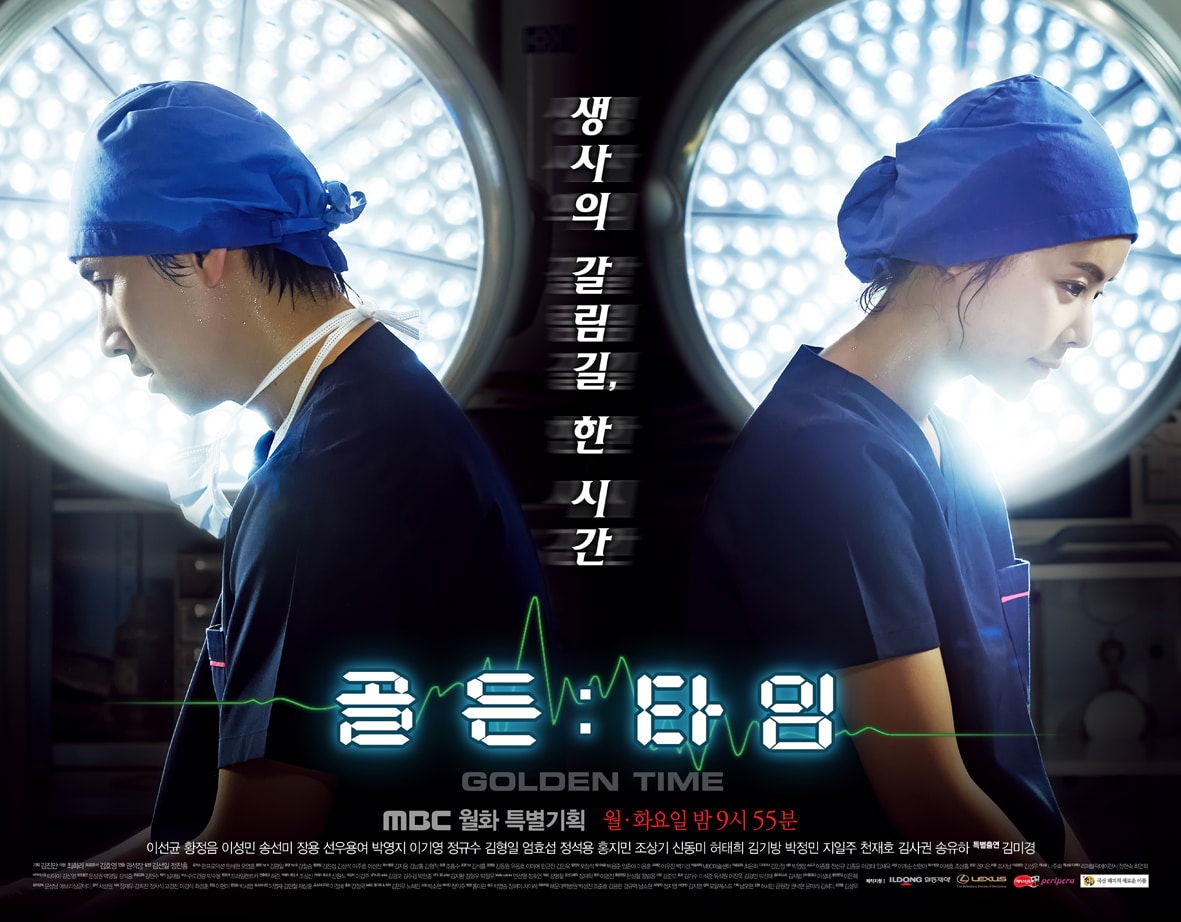 Golden Time – 골든타임 is set within the backdrop of an emergency room at a hospital.

The one hour you have to save a person’s life after a traumatic injury is what emergency physicians call “Golden Time”. Lee Min Woo (Lee Sun Gyun) learns this all too quickly as he starts work as an emergency physician at an urban hospital. Kang Jae In (Hwang Jung Eum) is a first Year resident who discovers that she is the heiress to a foundation that owns the hospital. Can they learn to become great doctors from Dr. Choi In Hyuk (Lee Sung Min), a renowned trauma surgeon who puts his patients before everything else in his life?