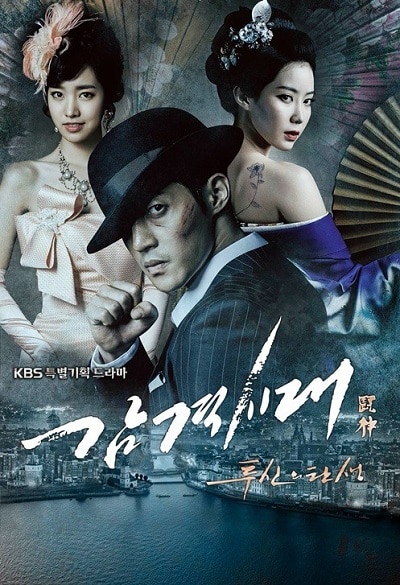 Based in the 1930’s of Shanghai, China. This drama is a story about love, friendship, aspiration, loyalty, and patriotism.

The story goes with the man named Shin Jung Tae (Kim Hyun Joong) who will protect his fellowmen from the Japanese Invasion. He has a natural skill in fighting and later on earned his way to be one of the greatest fighters during Japan Rule.

Shin Jung Tae loses his father at the age of 15 when a Japanese soldier shoots him during the Japanese occupation of Shanghai in the 1930s. But instead of finding justice, Jung Tae is accused of his own father’s death. Jung Tae finds justice only by using his fists in the back alleys of Shanghai, growing up to become the best fighter on the continent. After his father’s death, Jung Tae is taken in and raised by the father of Yoon Ok Ryun (Jin Se Yun). He falls in love with his feisty younger “sister,” who aspires to be a singer but becomes so much more, although he is too clumsy to express his true feelings. But the cold and calculating Deguchi Gaya (Im Soo Hyang), the stepdaughter of a high official of Japan’s National Assembly Denkai, may stand in their way of happiness. Can the young Korean ex-patriots in China preserve their futures during such harsh times?