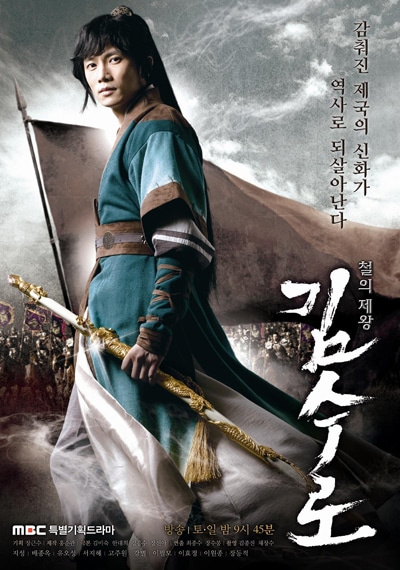 It’s about the life of Kim Soo Ro, the legendary founder of Geumgwan Gaya, the ruling city-state of the Gaya confederacy, which dominated sea trade and iron working during the Three Kingdoms Period. Kim Soo Ro’s fiery temperament, charisma and intelligence are his only defense in the extended political struggle, with competition for the throne from his half-brother and lifelong rival, Ijinashi, his former friend Suk Tal Hae, and the dangerous ambitions of Shin Kwi Gan.