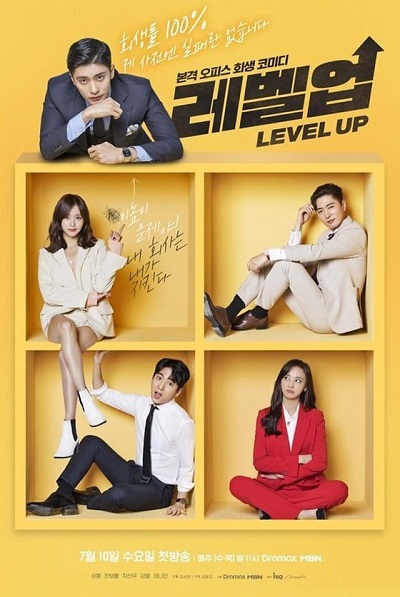 Synopsis:
This drama is centering around the story of a failing gaming company, a restructuring expert with a 100% recovery rate, and a passionate gaming fanatic who works to create one last game that may save the company.

Ahn Dan Te (Sung Hoon) is a cold city man. He is also a picky and perfectionist restructuring expert. He is the CEO of a restructuring company. He is sent to a game company to save them from bankruptcy. Meanwhile, Shin Yeon Hwa (Han Bo Reum) is the head of the game development in a game company which is close to bankruptcy. She is honest and hardworking. She is a fan of games.

Watch Level Up – 레벨업Online on Viki.com