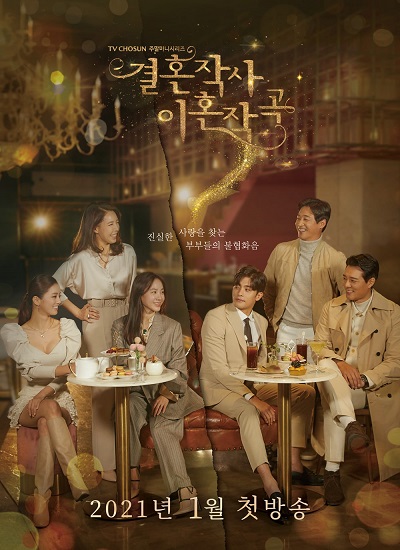 The drama will tell the stories of three charming female protagonists in their 30s, 40s, and 50s who face unpredictable misfortunes, and it also deals with the trouble of married couples as they try to find true love.

30’s Bu Hye Ryeong (Lee Ga Ryung) used to work as an announcer and she now she works as a radio DJ. She pursues a work–life balance for herself and her husband Pan Sa Hyun (Sung Hoon). Her husband works as a judge. They have been married for 3 years and they don’t plan to have children.

40’s Sa Pi Young (Park Joo Mi) works as a radio program producer. She is competent at her work and also a good mother and wife at home. Her husband Shin Yoo Shin (Lee Tae Kon) works as a doctor in neuropsychiatry and runs his own clinic. He is a romantic husband.

50’s Lee Shi Eun (Jeon Soo Kyung) is the main writer of a radio program. During her 30 years of marriage, she has endured many difficulties with her job and taking care of her husband and child. Her husband is Park Hae Ryun (Jeon No Min). He became a professor thanks to the love and support given by Lee Shi Eun.