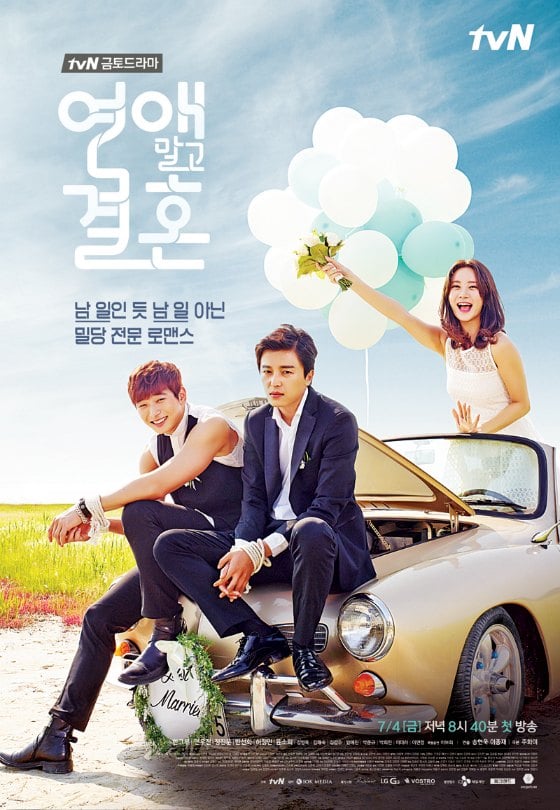 Marriage Without Dating – 연애 말고 결혼 is about a man who doesn’t want to get married and a woman who has no luck in marriage prospect.

Gong Ki Tae (Yun Woo Jin) is a successful and happy bachelor who does not want to find himself a wife. He believes that his life is perfectly planned, and being single is the only option he accepts. However, his family is badgering him to marry, and to get them to give up on their efforts, he then comes up with a plan to introduce Joo Jang Mi (Han Groo), whom he thinks will never be approved by his family…