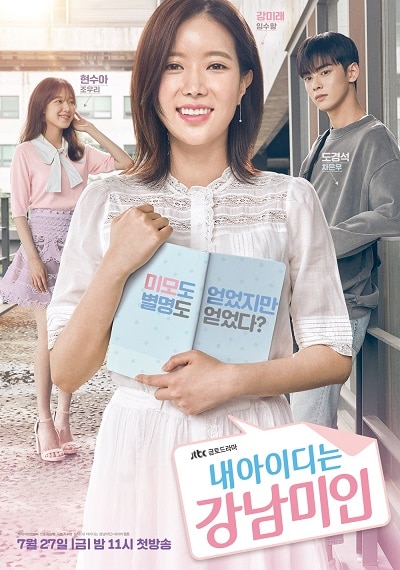 My ID Is Gangnam Beauty is based on the webcomic series “내 ID는 강남미인” by Gi Maeng Gi which published from 2016-Apr-8 to 2017-Dec-29 via comic.naver.com.

Kang Mi Rae (Im Soo Hyang) gets plastic surgery after being bullied due to her appearance. However, she then gets teased as the “Gangnam plastic surgery monster”. The drama will follow her story of recovering self-esteem as she gets to know Do Kyung Suk (Cha Eun Woo), her fellow university classmate.