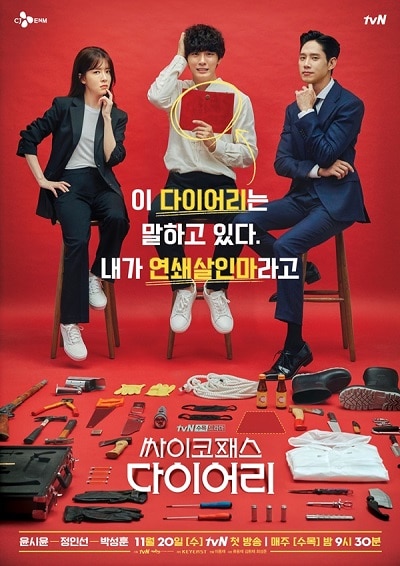 This drama tell the story of Yook Dong Shik (Yoon Shi Yoon) who coincidentally witnesses a murder and picks up the killer’s diary. While fleeing the scene, he gets into a car accident causes him to lose his memory. Due to the diary in his possession, he mistakenly believes that he is a psychopathic serial killer.