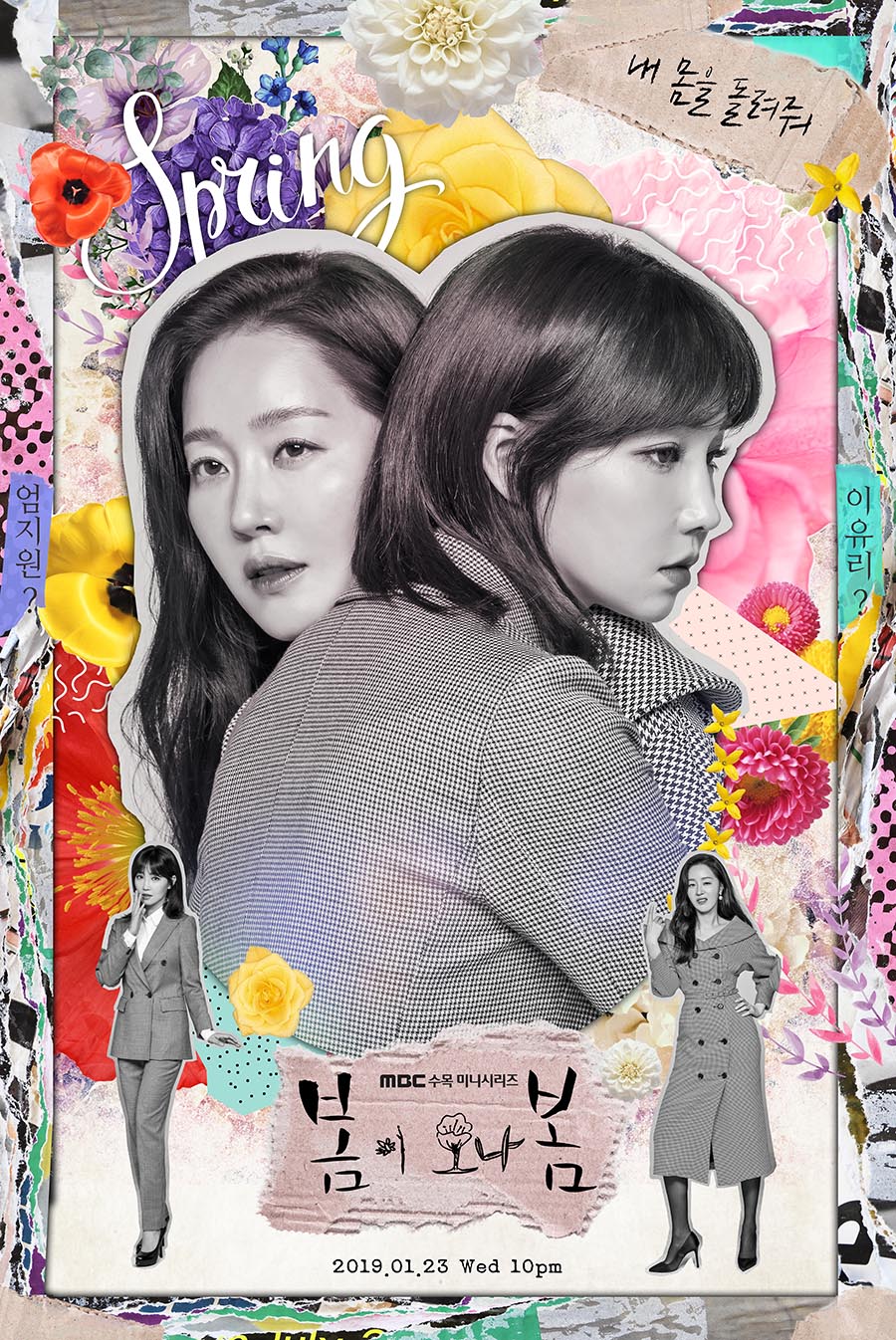 Spring Turns to Spring – 봄이 오나 봄 is about the story of two women whose souls switch bodies, giving them chance to live out their dreams and gain new experiences.

Kim Bo Mi (Lee Yoo Ri) works as a TV news anchorwoman and she only cares about herself. Meanwhile, Lee Bom (Uhm Ji Won) was once a popular actress, but she is now a lawmaker’s wife. She focuses only on taking care of her family. Somehow these two women switch bodies.