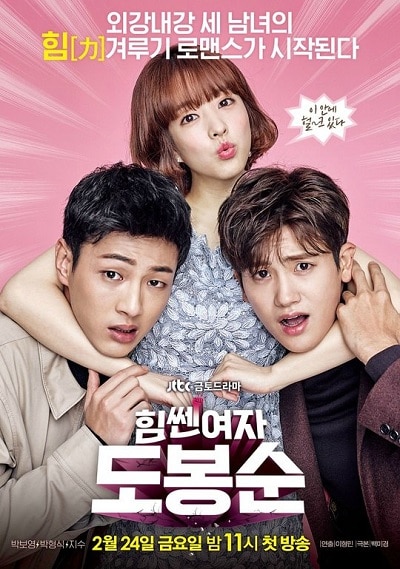 This drama tells the story about Do Bong Soon (Park Bo Young) who is a woman born with Herculean strength, anything she touches with too much force crumbles in her hands. Ahn Min Hyuk (Park Hyung Sik) is her love interest and he is an extraordinary second-generation chaebol with crazy tendencies. Meanwhile, In Gook Doo (Ji Soo) is the guy who’s harbored a one-sided crush on the heroine.