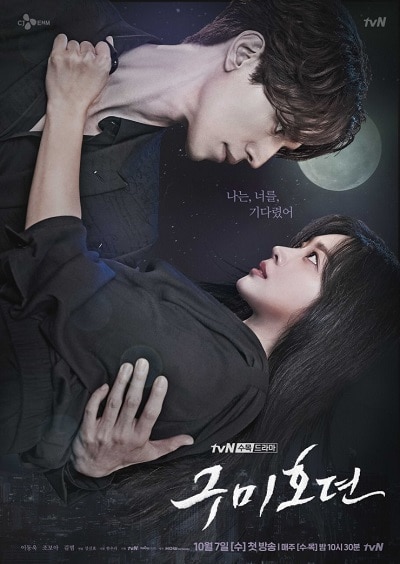 This is a drama about a kumiho who settles into the city and a producer who is after it.

Once the guardian of the Baekdu-daegan mountain range, Lee Yun (Lee Dong Wook) is a legendary nine-tailed fox, traveling back and forth between the mortal world and the afterlife killing demons. He takes human form and settles in the city, completely assimilating into human society. Meanwhile, Nam Ji Ah (Jo Bo Ah) is a TV producer who specializes in supernatural investigative TV programs. When she hears of a genuine nine-tailed fox living in the city, she is determined to get him as a guest on her TV show. Lee Rang, the step-brother of Lee Yun, is thought to be the most dangerous nine-tailed fox. Being half-human, he hates humans and uses his powers to take advantage of them.

Watch Tale of the Nine Tailed – 구미호뎐 Online at Viki.com