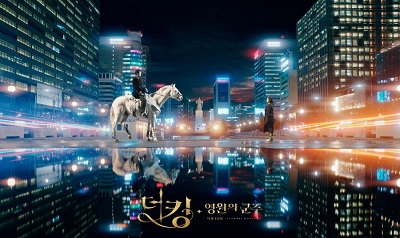 This drama is about a Korean emperor Lee Gon (Lee Min Ho) who tries to close the doors to a parallel world which was opened by demons who were unleashed by a deity into the human world, and a detective Jung Tae Eul (Kim Go Eun) who tries to protect the people and the one she loves.