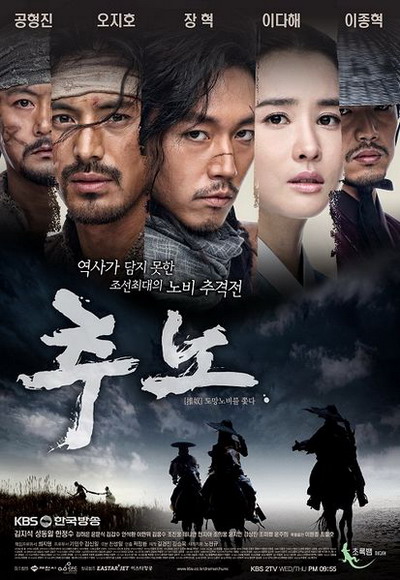 Chuno follows the story of Lee Dae Gil, a man of noble birth whose family was ruined when Won Ki Yoon, a slave, burnt down his house and escaped with his sister, Un Nyun, who was in love with Dae Gil. Driven by his desire for revenge, he survived his harsh years on the street and made his name as a slave hunter, dedicated in his pursuit to find Un Nyun, his first and only love. Song Tae Ha is a General of the Army who became a slave after being falsely accused of a crime he did not commit and finds himself on the run from Dae Gil’s relentless pursuit. Both men become entangled in a love triangle with Un Nyun, who is no longer a runaway slave, but Kim Hye Won, a nobleman’s daughter.