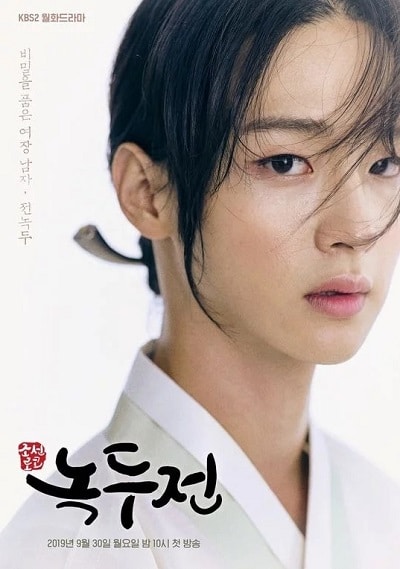 Synopsis:
This drama is based on webcomic “Nokdujeon” by Hye Jin Yang which was published from 2014-Dec-16 to 2018-July-31 via comic.naver.com.

Set in Joseon dynasty, the series is about a man who disguises as a woman to enter a mysterious women-only village; and a young woman who does not want to become a kisaeng.

Jun Nok Du (Jang Dong Yoon) is the son of a noble family. He is not happy that his family has arranged for him to marry a young girl. To avoid the marriage, Jun Nok Du runs away from home. He disguises himself as a woman and goes to a widow village. There, he meets Dong Dong Joo (Kim So Hyun) who is an apprentice to become a gisaeng. She does not want to become a gisaeng, but Dong Dong Joo doesn’t have a choice. She happens to know that Jun Nok Du is not a woman and she hears the reason why he is hiding in the widow village. Jun Nok Du saves Dong Dong Joo from a dangerous situation. She becomes Jun Nok Du’s adopted daughter and he decides to live in the widow village for 1 year.