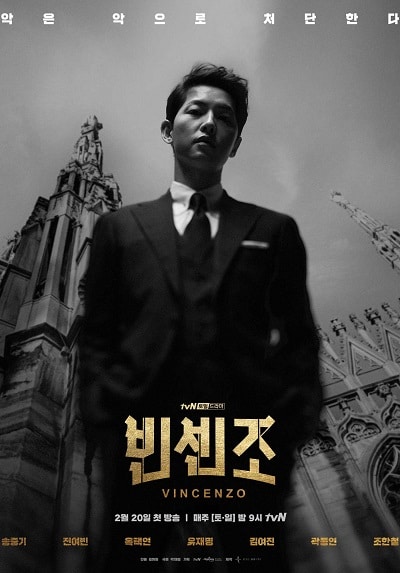 At age of 8, Park Joo Hyung (Song Joong Ki) went to Italy after he was adopted. He is now an adult and has the name of Vincenzo Cassano. He is lawyer, who works for the Mafia as a consigliere. Because of a war between mafia groups, he flies to South Korea. In Korea, he gets involved with lawyer Hong Cha Young (Jeon Yeo Bin). She is the type of attorney who will do anything to win a case. Vincenzo Cassano falls in love with her. He also achieves social justice by his own way.