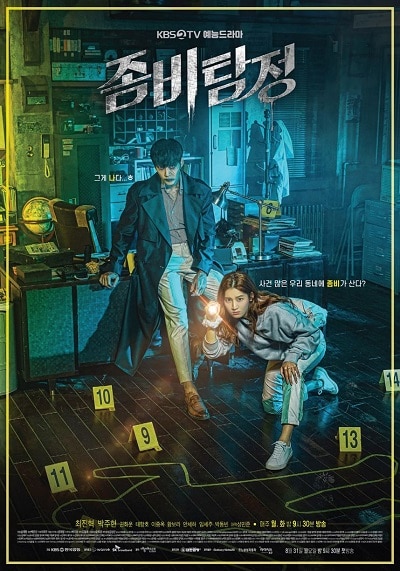 The drama is about a zombie in his second year of resurrection who becomes a detective in pursuit of his past, all the while doing his best to coexist with humans.

Kim Moo Young (Choi Jin Hyuk) has been a zombie for the past 2 years. To survive, he has mimicked the mannerisms of humans in a village. He then leaves for the city. There, Kim Moo Young opens an office to work as a private detective. He does not remember anything before he became a zombie. He struggles to live with humans and to regain his past memory. Meanwhile, Gong Sun Ji (Park Joo Hyun) used to be a writer of a current affairs complaint program. A witness in a case, she was working on, was attacked by an unknown man. Due to that, she quit her job. She becomes involved with Kim Moo-Young and takes a part-time position at his private detective office.