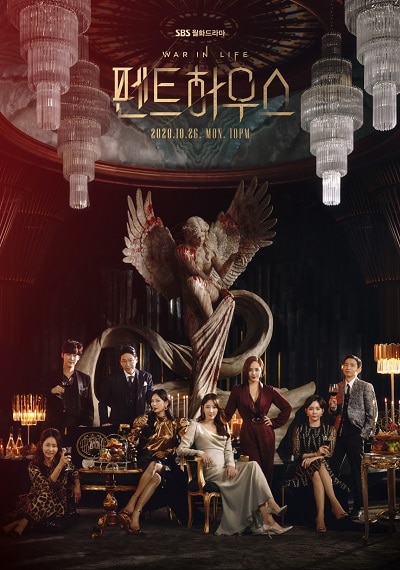 The drama is the story of a woman who strives to achieve her goal of entering high society by becoming the “queen” in the 100th-floor penthouse in Gangnam, which is the pinnacle of success in her eyes. It also tells the story of women who will do anything in order to protect themselves.

Shim Soo Ryun (Lee Ji Ah) was born into wealth. She is now an elegant woman of the upper class and she is like the queen of the Penthouse Apartment. Her husband is Joo Dan Tae (Uhm Ki Joon). He is successful in business and real estate. Meanwhile, Chun Seo Jin (Kim So Yun) was born into a wealthy family. She is arrogant. Her husband is Ha Yoon Chul (Yoon Jong Hoon). He is a chief surgeon at a general hospital and an ambitious man. Oh Yoon Hee (Eugene) comes from poor family background. She works hard for her children’s success. She wants to belong to the upper class for her children.