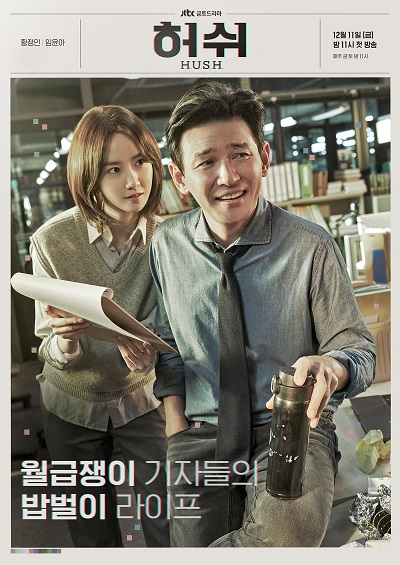 The drama is based on the novel “침묵주의보 / Silence Warning” by “정진영 / Jung Jin Young” which was published on 2018-March-26 by “Moonhak Soochup”.

Han Joon Hyuk (Hwang Jung Min) is a veteran reporter for a newspaper. He first became a reporter to pursue justice, but he is now conflicted between idealism and pragmatism. He must also deal with personal issues as a husband and father.