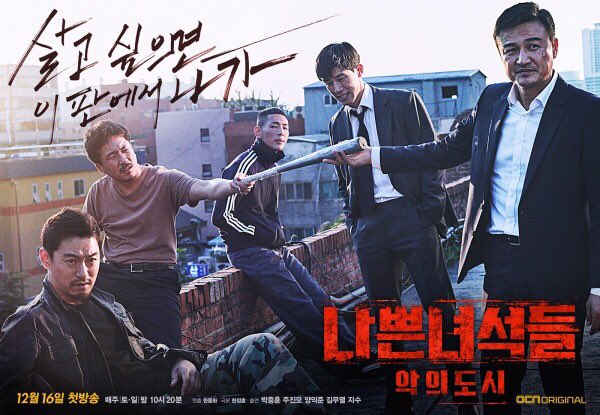 Bad Guys: City of Evil – 나쁜 녀석들: 악의 도시 is about a group of criminals are forced together to track down even worse villains.