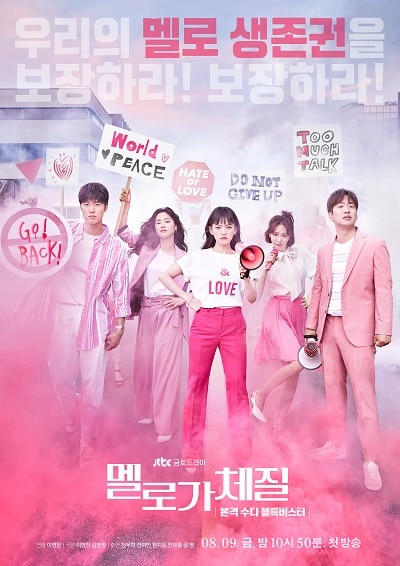 Synopsis:
This drama tells the story of the daily lives of Three 30-year-old best friends.

Im Jin Joo (Chun Woo Hee) is a scriptwriter for TV drama series. Her literary dreams often encroach on her writing, and her quirky personality often involves her speaking to inanimate objects. Meanwhile, Hwang Han Joo (Han Ji Eun) heads the marketing department of a production company and struggles to keep up with her work – due in no small part to the ceaseless pressures of motherhood. And Lee Eun Jung (Jun Yeo Bin) runs a one-woman documentary production company.

Life begins to change for the trio, and one of Lee Eun Jung becomes a surprise runaway success, catapulting her into the public spotlight. How will the friends’ lives develop as their careers take different paths – and what does the future have in store for them?