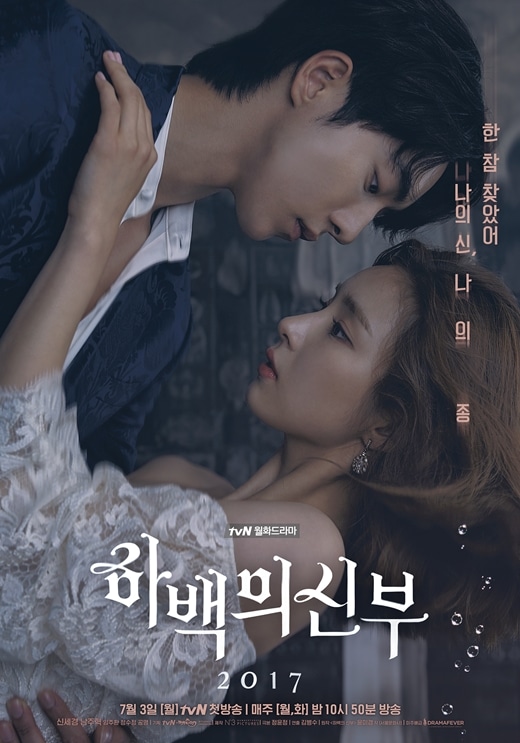 Based on webcomic “Bride of the Water God“ by Yoon Mi Kyung which was published from year 2006 to 2014 via cartoon.media.naver.net.This drama is about a female doctor, So Ah (Shin Se Kyung) who gets offered as a sacrifice to the water god Ha Baek (Nam Joo Hyuk), and becomes his slave.