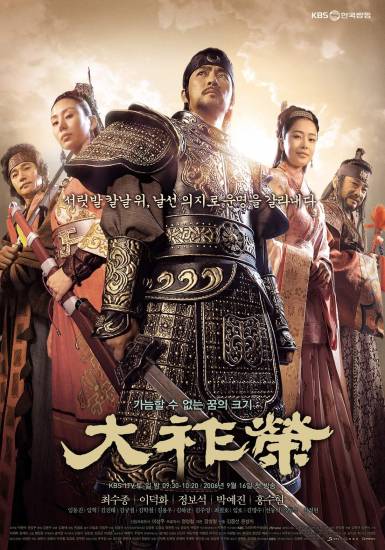 Dae Jo Young – 대조영 is about the life of King Dae Jo Young and other heroes of the Balhae Kingdom. Yi Hae Go is Dae Jo Yeong’s enemy and they both fight for the love of Cho rin. Cho rin is from the Georan tribe and she loves Dae Jo Yeong. But Dae Jo Young ends up marrying King Bojang’s niece, Suk-young.