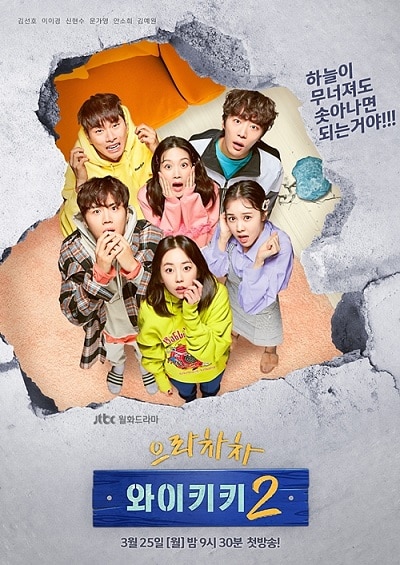 Cha Woo Sik is a picky person and he wants to become a singer. Due to Lee Joon Ki, he puts all his money into Waikiki. Kook Ki Bong used to be a promising baseball player, but he now plays in the minor leagues. Due to Lee Joon Ki, he also puts all his money into Waikiki. Along with these 3 men, Han Soo Yeon (Moon Ga Young), Kim Jung Eun (Ahn So Hee) and Cha Yoo Ri (Kim Ye Won) all begin to live at Waikiki.