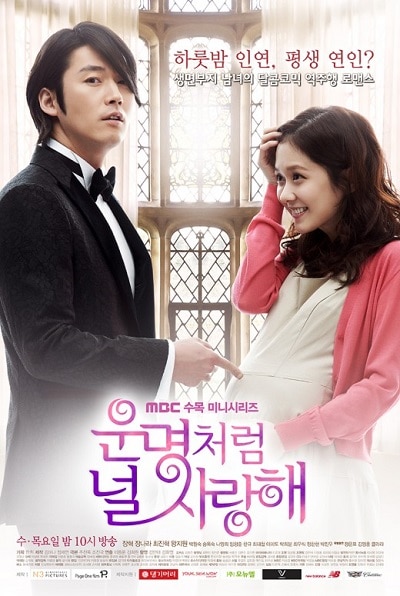 A remake of the hit 2008 Taiwanese drama “Fated to Love You“.

Lee Gun (Jang Hyuk) is the president of a family company that produces shampoos and soaps. He is deeply in love with a ballerina. Meanwhile, Kim Mi Young (Jang Na Ra) works as a secretary in a law firm. Her nickname is “Post-it” (sticky note). She earned this nickname because she is so complaisant that her colleagues dump trivial chores on her.

Lee Gun and Kim Mi Young’s paths cross. Fate and a pair of misfit conspirators cause them to pass a befuddled night together, unintentionally. She becomes pregnant….