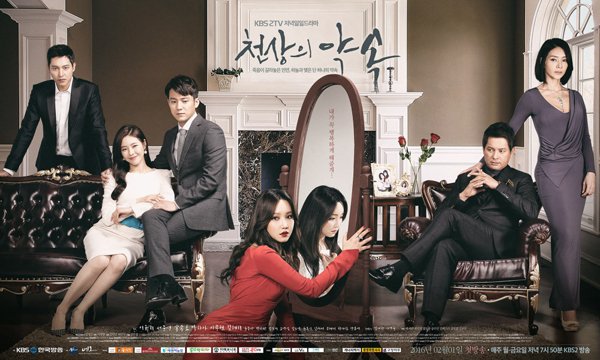 A woman puts on the face of her dead sister and marries the brother of her enemy for revenge.

Lee Nayeon is made an orphan when chaebol heiress Park Yugyeong causes the death of her mother, Lee Yunae, in a traffic accident. Yunae and Park had been rivals in love for the same man, Jang Gyeongwan, with Park ensnaring him into marriage by claiming the child she is carrying is his. Jang attempts to make amends, for abandoning his college sweetheart, by trying to give the orphaned Nayeon a home, to the anger of Park and the jealousy of his daughter Sejin. When Nayeon discovers evidence that her mother’s death may be more than an accident she forgoes a potential life of wealth and privilege for an orphanage.

Taken in by the widow of the man who ran down her mother Nayeon grows up alongside Taejun, an impoverished but driven and academically brilliant young man who becomes the love of her life. Devoting herself to Taejun’s success Nayeon gives up her own tuition money and works multiple jobs so that he can go to a good university. Wishing to prove himself to those who had earlier discarded him, Taejun joins Park Yugeong’s father’s company Baekdo Construction. Winning plaudits at Baekdo, Jang offers to have Baekdo pay for Taejun to study for an MBA in the United States, and a fast track into an upper management position; on the condition that he looks after Sejin while abroad. Having promised to marry Nayeon on graduating, Taejun seeks Nayeon’s blessing to leave her for three years and is given it. Wanting only for his success, Nayeon insists that he should go, hiding the fact that she is pregnant with his child from him.

History repeats itself when Taejun forsakes Nayeon for Sejin. Taejun and Sejin shared a mutual childhood crush for each other, and, in five years away together in the United States, have become lovers. Heartbroken Nayeon disappears from the scene.

However, Sejin’s plans to take over Baekdo, with Taejun’s help, are derailed when her uncle, Park Hwigyeong, returns home with a new bride, Baek Dohee, a woman with the face of the departed Lee Nayeon.