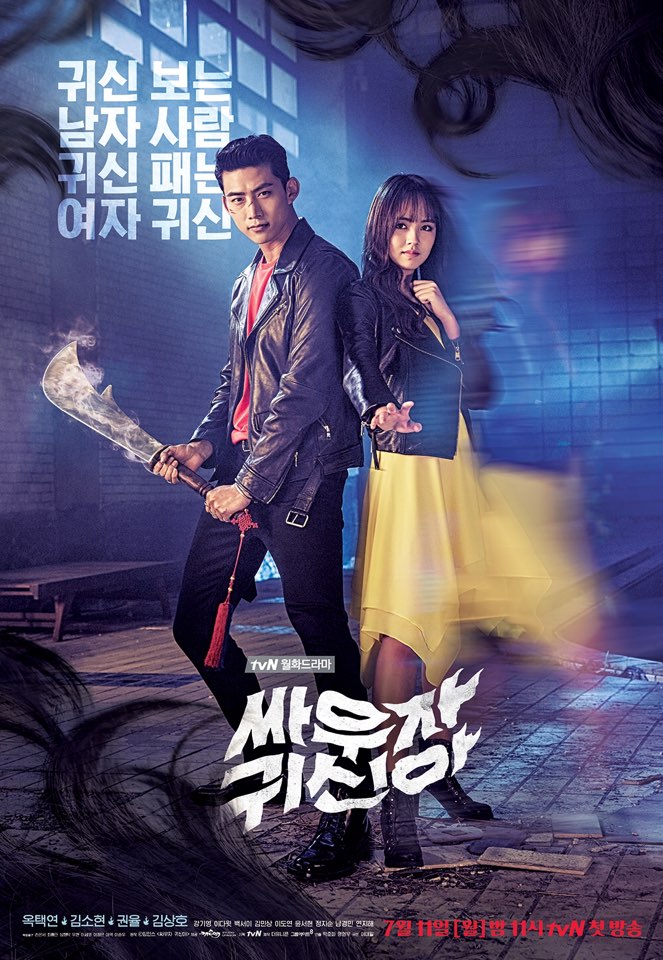 Based on webcomic “Ssauja Gwisina (싸우자 귀신아)” by Im In Seu which was published from 2007-June-04 to 2010-Oct-30 via naver.com (Season 1, Season 2 & Season 3)
Kim Hyun Ji (Kim So Hyun) studied for her 19 years before she died in an accident. She is now a ghost and has wandered around the world for several years. Hyun Ji then meets exorcist Park Bong Pal (TaecYeon). Hyun Ji and Bong Pal listen to various stories from ghosts and sends them to the otherworld.