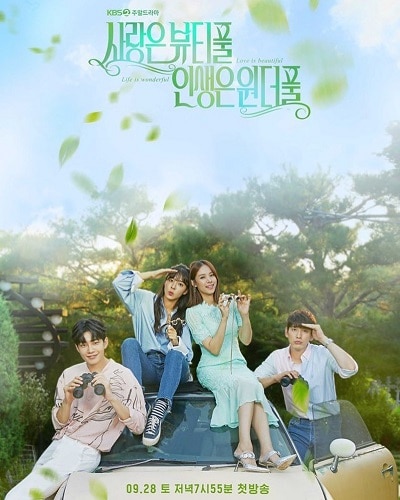 Synopsis:
This drama tells the story of four people who seek for love and happiness. Life is hard, but finding love and happiness can seem nearly impossible. That’s why some, like Kim Sul Ah (Jo Yoon Hee) have decided to focus on a career, rather than waste time and energy on relationships that inevitably end in disaster. A successful career woman, Sul Ah seems to have it all together on the outside, but on the inside, she still longs for the one thing that will make her truly happy.

But Sul Ah isn’t the only one struggling. The eldest son of his family, Moon Tae Rang (Yoon Park), is a young chef struggling to support the people he loves most while attempting to follow his dreams. He sincerely loves his family, but they have a way of making life difficult at times.

Kim Chung Ah (Seol In Ah) knows all about difficult. Having spent the past eight years studying for the civil service exam, she has given up on any hopes of dating and marriage. As much as she would love to get married and have a family someday, the only thing she has time to think about now is working hard so she can pass the upcoming exam.

On the other end of the spectrum, Goo Joon Hwi (Kim Jae Young) has absolutely no interest in marriage, relationships, or other people’s affairs. Completely focused on himself and his work, Joon Hwi could happily spend the rest of his life alone, or so he thought…

Setting out on an unexpected journey towards love, four souls find that love and happiness often show up in life when you least expect them.