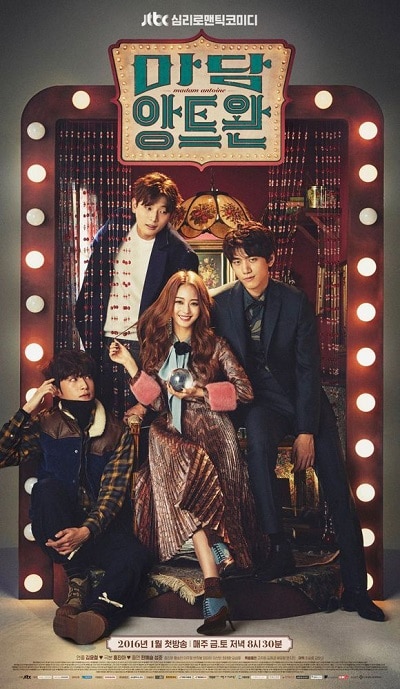 Madame Antoine – 마담 앙트완 is a Romantic-Comedy drama revolved around psychological themes, and viewers will get to experience a wide range of emotions as they follow the onscreen medical experts’ lives.

Go Hye Rim (Han Ye Seul) is a famous fortune-teller. She is known as “Madame Antoine” and insists that she is spiritually connected to Marie Antoinette, but that part is a lie. She is able to see through people’s stories due to her intelligence and keen sense. She dreams of having love in a romantic film. She then takes part in a psychological test project conducted by psychotherapist Choi Soo Hyun (Sung Joon). His goal is to prove that true love does not exist. Coincidentally, the name for his psychological treatment center is Madame Antoine.