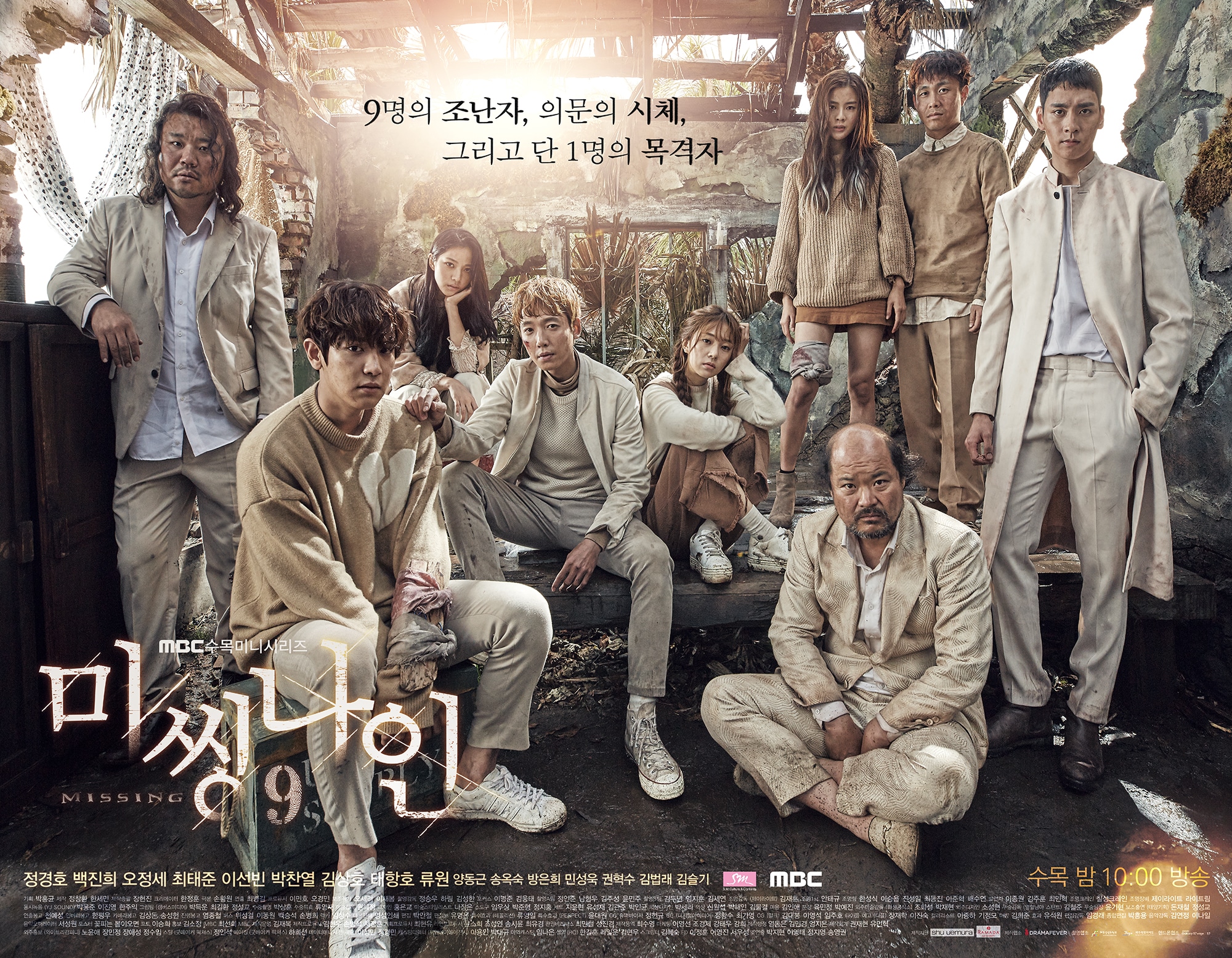 What would 9 survivors of an unexpected plane crash endure to remain alive till the end?

This drama takes place in a deserted island and covers all the things that happen when a plane crash lands there, inside carrying a fallen boy band member dealing with a plagiarism scandal, a girl group, an actor, a bodyguard, an entertainment reporter, and a flight attendant. (1eader, pre2ident, mana3er, supersta4, trou5lemaker, prin6ess, secre7ary, 8utsider, e9ewitness)

The story will deal with how they survive in the wild, and through the adventure and adversity learn the meaning of love.

Seo Joon Ho (Jung Kyung Ho) is an unsuccessful top star who went through hard times. He was once a leader of a popular idol band, but his public image was ruined, and he is now reduced to being a D-list fringe celebrity. Meanwhile, Ra Bong Hee (Baek Jin Hee) is Joon Ho’s new stylist. She left her home to pursue her dreams in Seoul. Her first day working ends up with a plane crash and landing on an uninhabited island.