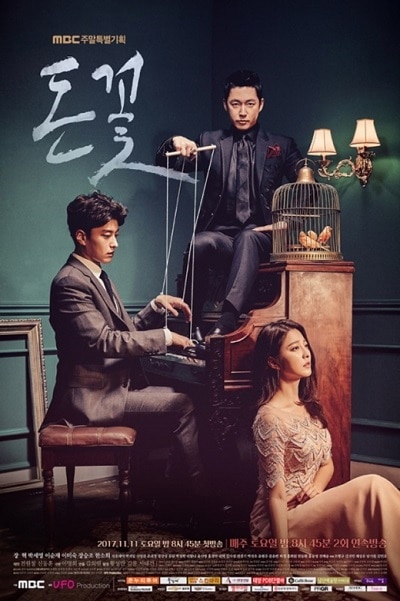 It’s about a story of people who are driven by greed.

Kang Pil Joo (Jang Hyuk) grew up at an orphanage, but he now works as a managing director of a legal team at a corporation. He is acknowledged for his intelligence and his exemplary job performance. Some of those that work around him are jealous of him. Meanwhile, Na Mo Hyun (Park Se Young) is an environmental activist and a science teacher at a middle school. She is a good listener and laughs a lot. She dreams of a love driven by fate.