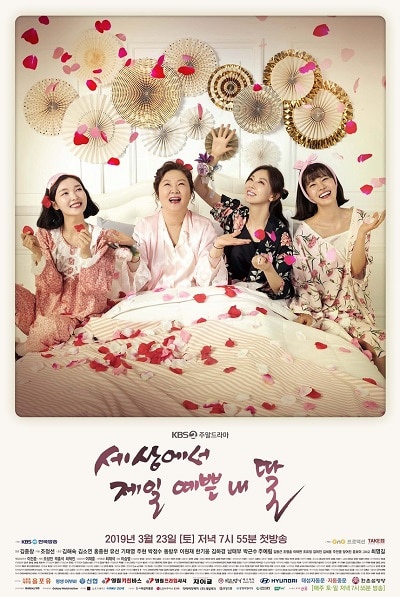 Mother of Mine – 세상에서 제일 예쁜 내 딸 is about a story of a mother and three daughters living in modern-day Korean society. The drama conveys a message about the low fertility rate, divorce rate, and the problems of the younger generation who are avoiding marriage.

Park Sun Ja (Kim Hae Sook) is an ordinary Korean mother who owns a small rice house, she has three daughters, a drunk husband, who resorts to alcohol, has a toxic mother-in-law and endless difficulties with money. But despite all the hardships, she does everything possible for the future of her children, so that they do not repeat her fate, and sends everyone to study at the university.