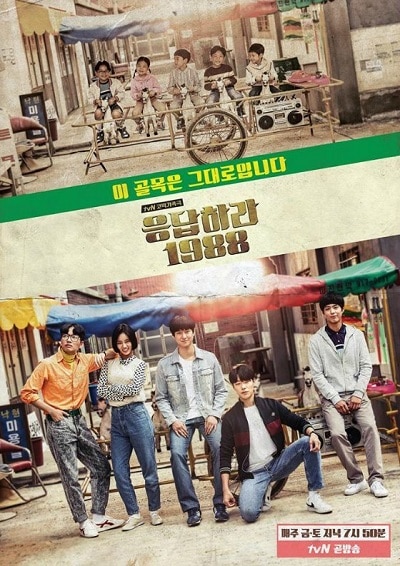 A heartwarming family drama set in the year of 1988. The story will focus on five families live on the same alley road.

1988 was a big year in South Korea. It was the year of the Seoul Olympics, the 1988 College Festival and for the first time in many years, Koreans could travel outside of South Korea. Not only was 1988 a big year in the world of news, education and sports, but it was also a big year for music in general and K-Pop in particular. In fact, 1988 was the year that Lee Soo Man achieved his dream of giving South Korea a taste of MTV style dance and music through the creation of SM Entertainment. Cho Yong Pil (“Mona Lisa”), Kim Wan Sun (“Too Lonely to Dance Alone”) and Lee Moon Se(“Sunset Glow”) were riding high in the music world. So it’s no surprise that Reply’s third season would focus in on such a monumental year as 1988.