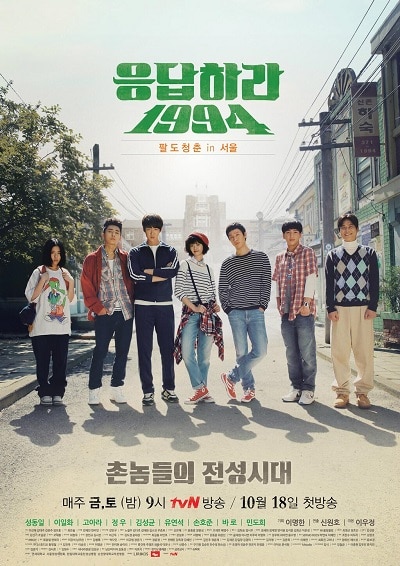 This drama follows the pop culture events of year 1994, including the emergence of seminal K-pop group ‘Seo Taiji and Boys‘ and ‘Korean Basketball League‘.

The story begins with few teenagers stay together at a boarding house while attending a university in Seoul. This boarding house is run by a couple of Sung Dong Il and Lee Il Hwa with their daughter Sung Na Sung (Go Ah Ra)…