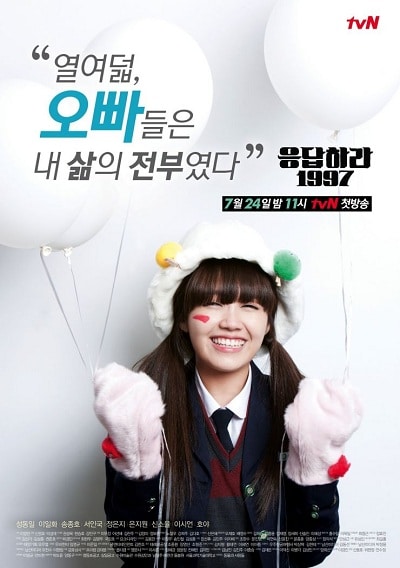 Reply 1997 – 응답하라 1997 focuses on the extreme fan culture that emerged in the 1990s when idol groups took center stage and K-pop was blossoming.

It tells the story of 6 former high school friends from a school in Busan who meet again in 2012 and brings back memories to 1997 when they were still high school students. Moving back and forth between the ’90s and today, the story centers on the life of Sung Si Won (Jung Eun Ji), who idolizes boyband H.O.T. and her 5 high school friends.