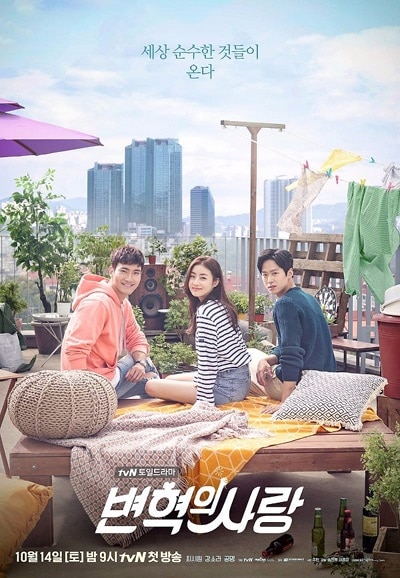 Revolutionary Love is about a third-generation chaebol who suddenly becomes jobless and does part-time work to earn his living.

Byun Hyuk (Choi Si Won) is a son from a wealthy family who runs a large company. He lives a happy life without any specific goals. He is confident around women and he is also naive, with a warm heart. Due to some problem, he begins to live in a studio in a poor area and hides his background. Meanwhile, Baek Joon (Kang So Ra) lives in the same area. She works part-time jobs to make ends meet. Baek Joon graduated from a good university, but she was unable to land a job at a company and begin taking part-time jobs. She is positive and full of justice, but her life changes when Byun Hyuk appears.