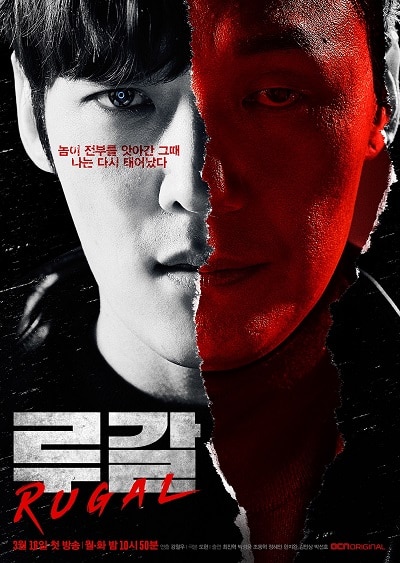 Kang Ki Bum (Choi Jin Hyuk) is an elite detective. He is currently investigating the criminal organization Argos, but, when he comes home, he finds several men in masks. His wife and child are murdered by the masked men sent from Argos. They beat him and cut out both of his eyeballs. When he wakes up, he finds himself in the hospital and he is accused of murder. The NIS then approaches him. He is selected to become a member of Rugal, a special team organized by the NIS. Through biotechnology, he gains two artificial eyeballs with a special ability. Then, Kang Ki Bum and the Rugal team set out to take down criminal organizations.