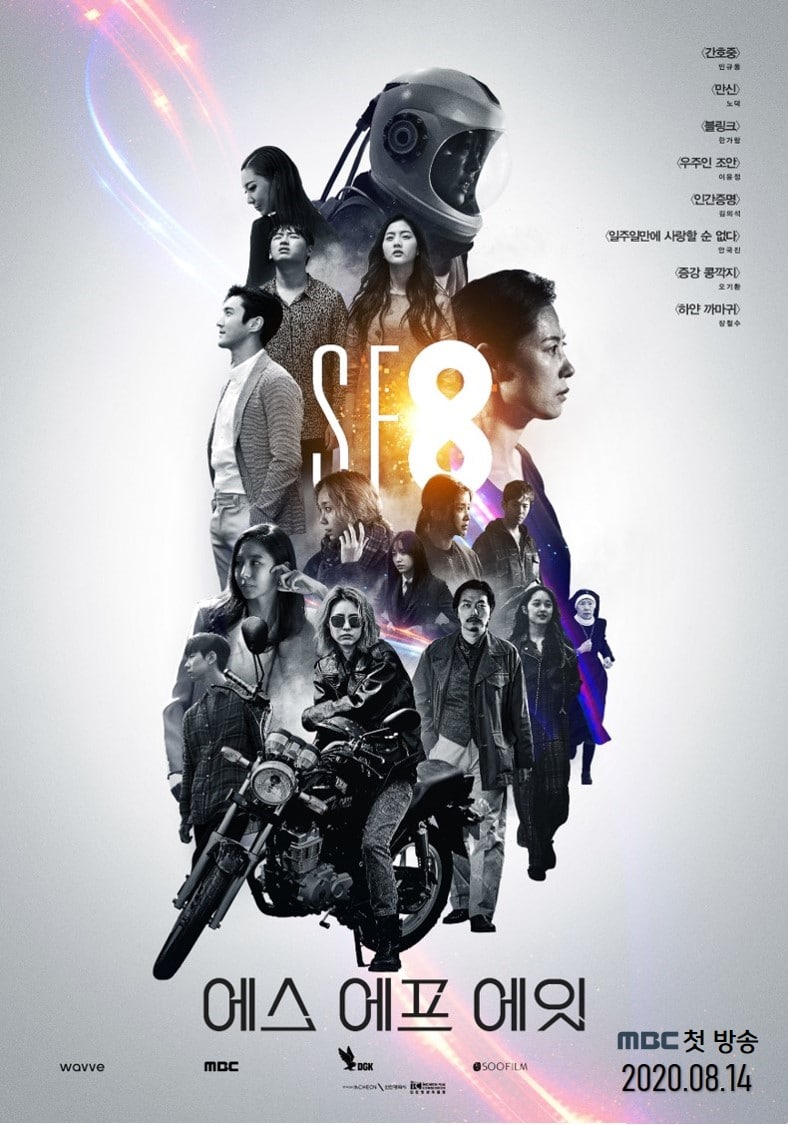 SF8 is a science fiction anthology series of single-episode special dramas created by MBC, the Directors Guild of Korea, and the OTT platform Wavve. Set in the near future, the series tackles the themes of artificial intelligence, augmented reality, virtual reality, robots, games, fantasy, horror, superpowers, and disasters.

All the episodes were released on Wavve on July 10, 2020 while MBC TV is scheduled to air one episode a week starting from August 14, 2020.