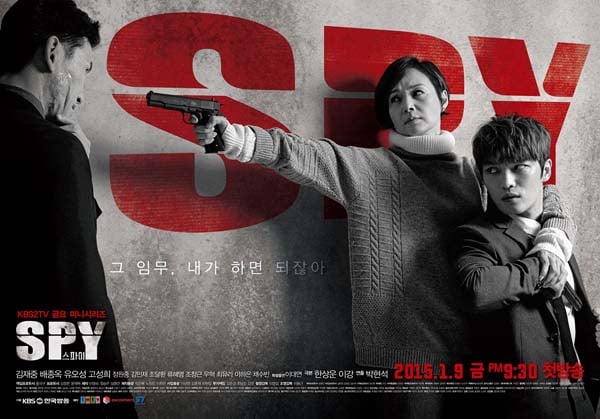 This drama is based on an Israeli drama called “The Gordin Cell” and modified to fit the North/South Korea relations.

The fictional story begins after the execution of real-life North Korean general Jang Sung Taek. One day an order comes down from North Korea, reactivating erstwhile spy Park Hye Rim ((Bae Jung Ok) who has spent decades in South Korea as an ordinary housewife. She is given the mission to turn and bring in her own son, Kim Sun Woo ((Kim Jae Joong). Cool-headed, quick-witted genius Sun Woo is an information analyst on North Korea working for the NIS (National Intelligence Service).

His girlfriend Yoon Jin (Go Sung Hee) is a tour guide for Chinese tourists who cannot speak Chinese, and they fell in love when Sun Woo helped her translate. Hye Rim is suddenly forced to choose between her son and country, and risks her life to see the choice through…