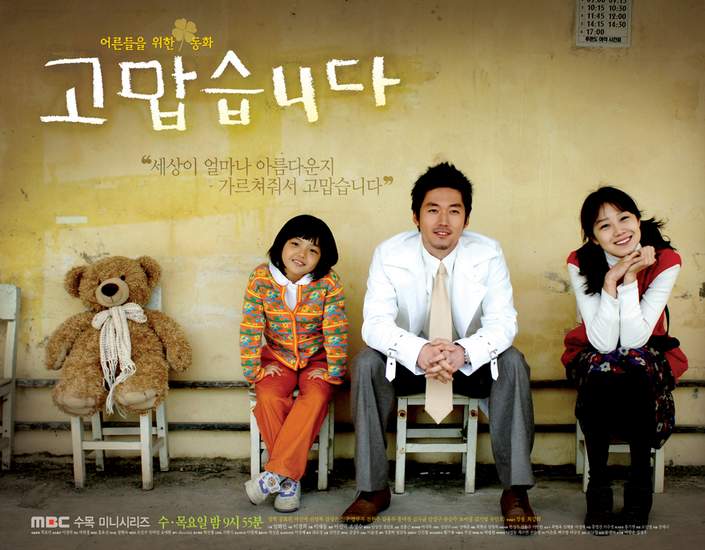 Dr. Min Ki Seo went to Blue Island to fulfill his deceased girlfriend’s last wish to find the single mother and her little girl who was infected by HIV and to apologize to them on her behalf as she had unknowingly given the girl tainted blood when she was being treated at the hospital. Lee Young Shin, the single mom, was having a hard time caring for her grandfather who has Alzheimer’s and keeping her daughter’s HIV condition a secret while teaching her how to live with it. Min Ki Seo was an arrogant person who looked down on people and in meeting Lee Young Shin who accepted her fate and tried to make the best of it despite all odds, he slowly changed for the better and became a warm and caring person.

Comments to Thank You – 고맙습니다